Debts are big business in the first world – especially the United States, and they bury too many Americans underneath mountains of stress that are tough to escape from.

The NASDAQ says that debt is enslaving the American people. Some frightening numbers, from nerdwallet.com:

These numbers are startling.

But, debts aren’t always bad. A lot of times they are – like consumer debt, for example. However, debts can also put us into a position of advantage.

Only if they are smart debts.

What are smart debts? Student loans for the right degree can improve our financial position over the long run. But, we Americans also need to be keenly aware of exactly what we’re doing and understand the gravity of our choices before debts can turn into a positive.

Only two GOOD reasons exist to take on more debt – and by “debt”, I’m talking about debts that can turn positive. If your situation doesn’t fall into these two categories, it’s might not a good idea (you’re the ultimate judge, of course).

The two reasons why your debts might be good

Those who are in good financial standing can “afford” debt. They have a good, steady job and earn quite a bit more than the anticipated monthly payment to repay the debt.

They currently have no debts – or very little. If they lose their jobs suddenly, they can afford to keep paying their monthly payments for several months.

They have an emergency fund with at least three months of living expenses.

They don’t live paycheck to paycheck and have a proven track record of paying monthly bills on-time. Automatic monthly payments are even better.

They regularly spend less than they earn.

2: There is a darn good payoff

The payoff must be worth the risk of taking on debt. For example, using a student loan to fund a computer science degree, for example, can easily turn positive after just a few years of working in information technology – a sector with traditionally big salaries. Business Management, Accounting, and Finance degree programs are other good choices for bigger payoffs.

However, it is probably tough to argue that a $40,000 car loan was worth the risk. Less expensive cars exist – nice cars that “go”. They get you from Point A to Point B just like the expensive car.

Buying a house with a $150,000 mortgage in a real estate market where rents are high may also make sense. But even then, understand how expensive homeownership truly is.

Is there a quantifiable return on the debt? If so, consider taking on the debt if your financial standing is solid. Or if you’re a student, consider the debt if the degree program produces a reasonable expectation of a good income and dependable job prospects.

For example, the average student loan debt in the U.S. is just over $37,000. What degree programs set us up to pay off the debt quickly? On average, first-year accountants make over $53,000. Finance majors average $55,400. If you’re into computers, you can expect an average salary north of $60k right out of the gate. These wages make repaying student loans easy.

How to get out of debt

Well, pay it off of course! Naturally, that’s easier said than done. Consider these techniques:

If you are in debt:

Don’t take on additional debt – The last thing we need when escaping the dreaded stink of debt is, well, more debt. If you are already in debt, don’t willingly accept more of it. You may think this goes without saying, but there is a reason why the total credit card debt in the U.S. is more than $500 billion. That’s billion, with a b. Put another way, $500,000,000,000.

Prioritize paying off your debt – Make it your mission in life to pay off your debt. Change your lifestyle in ways that put your debt first on your list of priorities. While you don’t need to give up everything, look at where you can cut back. For example, maybe that $10,000 vacation isn’t the smartest thing to be doing with your money at the moment. Or that new BMW.

With every big expense you make, ask yourself one simple question: Is it worth staying in debt longer? If the answer is “Yes”, that’s okay. Do it. But, understand that your debts will never disappear until you make them.

The one exception: I believe in giving ourselves small victories along the way. If you have a debt that’s so small that you could pay it off tomorrow – or within a few months, even if the interest rate is low, consider taking care of that one first. It’s a small victory, but it’s also an accomplishment.

Make it automated – When you don’t need to think about it, paying off debt gets much, much easier. Whenever possible, use bank transfers and/or other auto deductions from your checking or savings account to pay off debts. Set it up once, then forget about it until its done. The less that you need to think about your paying off your debts, the easier they will be to demolish.

Check out the Automatic Millionaire, by David Boch, for an excellent in-depth look at how automation kicks our finances into high gear. 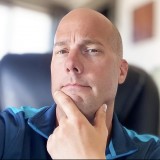